The fact is undoubtedly established that the production of livestock particularly that of ruminants depends on the availability of quality feeds and green fodder and lion part of the management cost of cattle rearing is expended on feed.

But due to Fragmentation of land holding,Irregular distribution of Rainfall,Farmer’s skewing interest towards food and cash crops., Inadequate utilisation of Fodder tree resources & Lack of Conservation technology etc. , the availabilty of the nutritious green fodder at farmer’s doorstep has become a major point of concern now a days.

Considering the above, the Department of Animal Resources Development exserting continuous effort on intensive fodder cultivation programme with the following objectives: 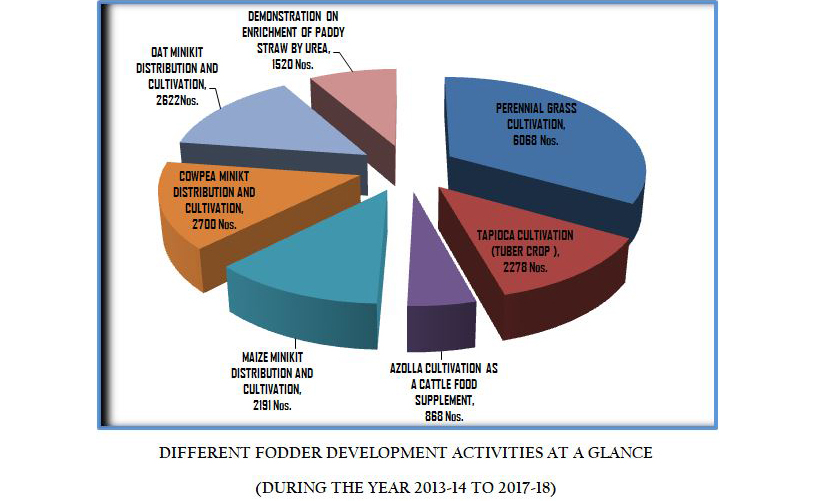 ACHIEVEMENT OF FODDER DEV. ACTIVITIES IN THE FARMERS’ FIELD UNDER RKVY Implementation period : 2016-17

UPCOMING ACTIVITIES OF FODDER DEVELOPEMNT  UNDER MGNREGS DURING 2018-19

The Department of Animal Resources Development, Govt. of Tripura has taken an initiative on Intensive Grass land development, Azolla cultivation & other fodder development   programme for the year 2018-19.

N.B: As per the availability of beneficiary/ land, the Local Implemneting authority may increase the nos. of targeted Units.